The Advisory Board of ARIS consists of individuals with experience in technology, launching and managing companies and working with startups, from the two founders of ARIS- Bank of Cyprus and Deloitte as well as the business world and academia of Cyprus and abroad. 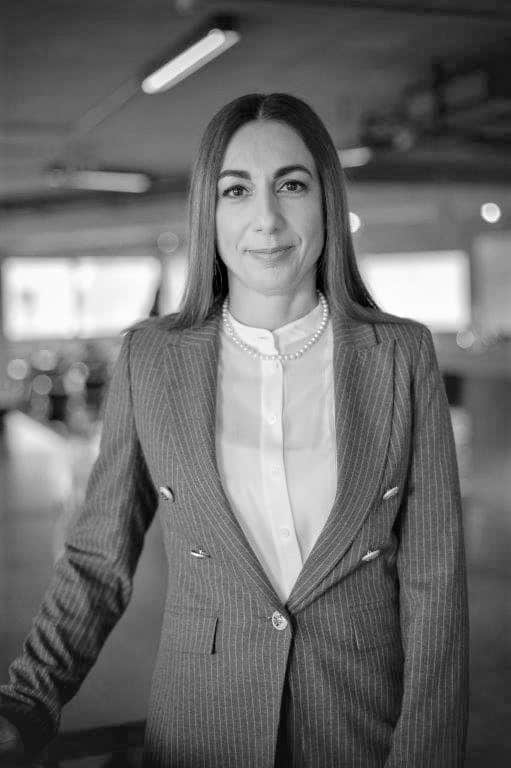 Eliza is a Director at Deloitte’s Innovation and Entrepreneurship Centre (IEC). Her work focuses on two pillars. Under the Innovation pillar, she is responsible for promoting Deloitte’s participation in projects which focus on and promote innovative practices in various sectors of the economy, such as research projects in cooperation with leading universities and research institutions throughout Europe. Under the Entrepreneurship pillar, Eliza is responsible for IECs activities and initiatives related to startups, with a vision to develop the entrepreneurship ecosystem of Cyprus. She is also currently managing ARIS. 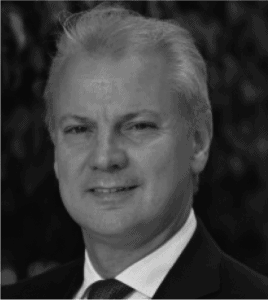 Nicos is the Partner in Charge of Deloitte’s Limassol Office and Head of the Financial Advisory Services of Deloitte Cyprus. Apart from being an Audit Partner he has vast experience in Corporate Finance, Business Consulting and International Tax planning.

Nicos has acted as the Audit Engagement and Advisory Partner for a large number of audit clients (private and publicly listed companies), local and international business enterprises, in many industries including Hotels & Leisure, Banking and Insurance, Commodity Trading and Manufacturing, Construction and Real Estate Development, Retailers, Investment & Finance, Private Equity and Venture Capital Funds, Shipping and Ship-management and Renewable Energy.

He has led a large number of Consultancy and Financial Advisory projects relating to Mergers and Acquisitions, Reorganisations of Groups of companies, Capital and Debt Structurings, Valuations, Business Plans and Feasibility Studies / Financial Projections, Financial Due Diligence Reviews, Fairness Opinion Reports and Public Offerings and Floatations on Stock Exchanges in Cyprus and abroad. 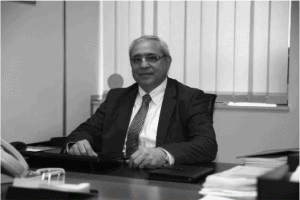 Prior to his appointment as Deputy CEO, he held the position of the Director of Consumer & SME Banking (2009 – August 2019). Previously, Chairs served the Bank of Cyprus Group through various strategically important positions. Before joining the Bank of Cyprus Group, Charis spent two years in Boston and Tokyo as a Civil Engineer Consultant.

He is Chairman of the Board of IDEA and a Member of the Boards of Directors of Eurolife Ltd, General Insurance Company Ltd, BOC-Asset Management Ltd, the BOC Oncology Centre, the Cyprus Cancer Research Institute, the Limassol Marina Ltd and the Board of Cyprus Employers & Industrialists Federation (OEB). 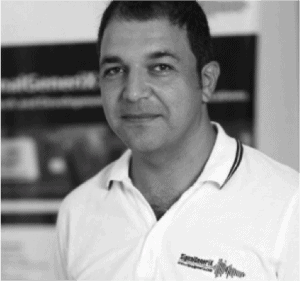 Dr. Kounoudes holds an MEng in Computer Engineering and Informatics from University of Patras, Greece, and a PhD in Digital Signal Processing from Imperial College, UK. He worked in the high-tech R&D industry in the UK before founding SignalGeneriX in Cyprus in 2004. Since then he is engaged in the company’s activities initially as Chief Technical Officer and then as the CEO. 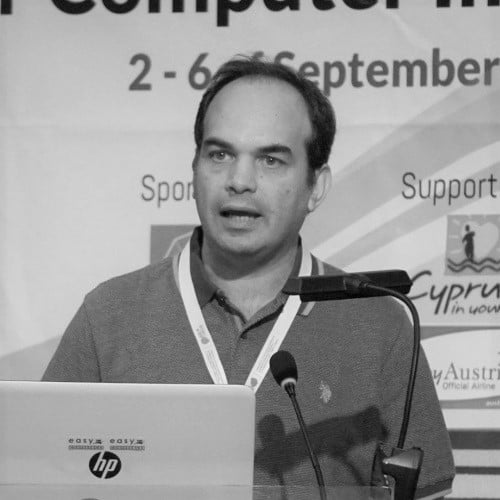 Dr Panayiotis Zaphiris is a Professor at the Department of Multimedia and Graphic Arts and the Rector of the Cyprus University of Technology. He has a PhD in Human Computer Interaction from the University of Wayne, USA. He is also a graduate of Engineering Systems and Electrical Engineering from the University of Maryland, College Park, USA. Prior to returning to Cyprus, he was a Reader at the Human Computer Interaction Design Center of the City University of London, where he founded and led the City Interaction Lab (funded by the Vodafone Foundation). Prior to City University, he was a researcher at the Gerontology Institute at Wayne University where he took a PhD in Human Computer Interaction (HCI). His research interests are at HCI with an emphasis on participatory design and social aspects of ICTs. Prof Zaphiris has participated in more than 16 funded research projects with a funding of more than 5 million euros. He has published over 250 academic articles in well-known academic journals and international conferences. Recent related research activities include leading the academic management of the Youth Makerspace Larnaka (the 1st Makerspace founded in Cyprus), being the PI of HORIZON 2020 TWINNING project NOTRE. Panayiotis also served on the Board of Directors of RISE (Research Center on Interactive Media Smart Systems and Emerging Technologies – http://www.rise.org.cy)

Nikolas Ioardanou | Vice-President of Board of Directors, Cyprus University of Technology | Head of the Department of Research, Innovation and EU Programs at the Limassol Chamber of Commerce & Industry (LCCI)

Nikolas Iordanou holds an MSc in Maritime Policy and a BSc in Maritime Studies. During his studies and his career, he participated in a number of high-level training seminars in Cyprus and abroad. Mr. Iordanou joined the LCCI in 2010 and he has been working on the sectors of Entrepreneurship, Industry, Tourism, Economic Policy and to other various activities concerning the economic development of Limassol and the promotion of entrepreneurial innovation ecosystem. He is also the Head of the Department of Research Innovation and EU Programs of the LCCI and under this role he is running European funded Projects with focus on developing new and digital services for enterprises and public in the fields of training, capacity skills building, transfer of Knowledge, mentoring and support for start-ups, encouraging business collaboration and networking. He is cooperating with local and foreign Chambers of Commerce, Universities, Technology Parks, Research Institutions, R&D companies and other organisations, taking on initiatives for creating synergies and projects and common actions.
Mr. Iordanou is also the Vice-President of the BoD of the Cyprus University of Technology appointed by the Council of Ministers of the Republic of Cyprus and member of the BoD since 2014. He is chairing and participating in various committees. 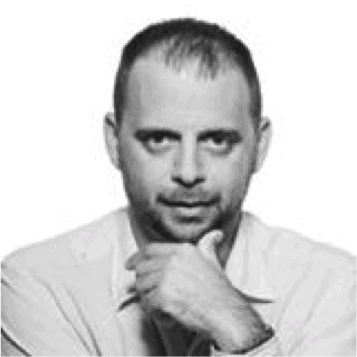 Tal is the Head of the TMT Corporate Finance Advisory. Tal has over 20 years of professional experience helping MNCs to acquire, invest and collaborate with tech companies. Prior to his current position, Tal was involved in providing various services to clients including auditing of public and private companies and reorganization services in the Financial Advisory Group. Tal is a Certified Public Accountant and has a BA degree in Accounting & Economics and an MBA degree in Marketing & Strategy, both from Tel-Aviv University. 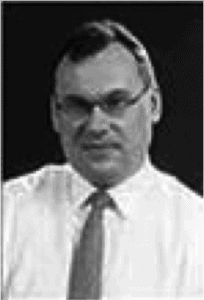 Serhei Kostevitch is the CEO, President and Founder of the Group. He established a business of design and manufacturing in 1990 in Minsk, Belarus, and built it into the leading Information Technologies  distributor and OEM  in Eastern Europe,  former Soviet Union and  Middle East. Serhei Kostevitch is primarily responsible for carrying out strategic plans and policies as established by the Board of Directors. He directs and executes all activities of the company either directly or through delegated authority. Serhei provides leadership in the creation of strategic, tactical, and financial plans, as well as in developing goals and measuring performance to the approved goals, and in organizational development. 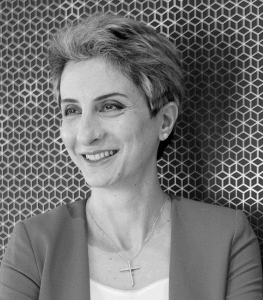 Angela is leading the Innovation & Entrepreneurship Center of the Bank of Cyprus, having the responsibility for four innovation & culture focused departments: IDEA, the largest Incubator – Accelerator for Startups in Cyprus. Secondly, the Business Academy which develops financial & digital literacy in companies in Cyprus. Thirdly, the Bank of Cyprus Cultural Foundation with an impressive 36-year record of disseminating & researching the cultural & natural heritage of Cyprus including promoting internationally the island’s centuries-long Greek civilisation. Fourthly, is responsible on behalf of the Bank for ARIS incubator in Limassol, co-owned with Deloitte Cyprus. With a diverse 23-years career in banking both in Cyprus and abroad, she has long been involved in intra-preneurship. Angela is a coach, a mentor and an advisor to young-aspiring entrepreneurs throughout their journey form idea-stage to revenue-generation. She has frequent presence in the Media, is a speaker, a judge and a panellist and has led several delegations abroad. Angela holds a BSc in Financial Services from the University of Manchester, a BBA in Management Information Systems as well as an ΜΒΑ from the University of Birmingham. Among other, she has received extensive training in USA though the US Department of State Leadership program and is a Certified Islamic Finance ExecutiveTM by ETHICA – AAOFI.